TinyMod has been updated again, but only slightly. It looks nearly the same. It behaves exactly the same. The changes are to make assembly easier and more robust. The diodes have been replaced with an MCP23017 i2c port expander. The microcontroller has been moved out from under the key switches, for easier assembly and repair. The switch footprints now only allow MX style switches and the switches fit better, requiring less solder. The firmware has been rewritten to accommodate the port expander. If I hadn't told you I'm not so sure you'd notice the difference. 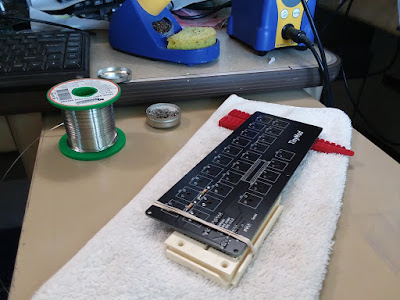 The first step is to solder in the i2c resistors and the headers for the microcontroller. 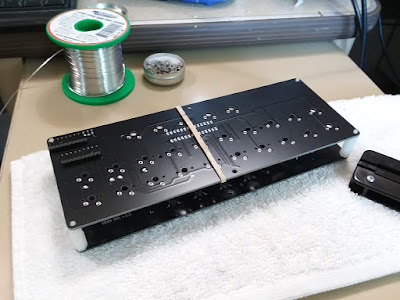 Then we solder in the slider switch and the port expander from the back side. A rubber band holds the MCP23017 in place as we tack it at the corners. 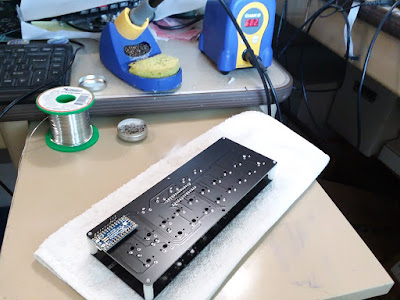 The firmware is flashed into the microcontroller, which is then soldered into the headers on the bottom side. 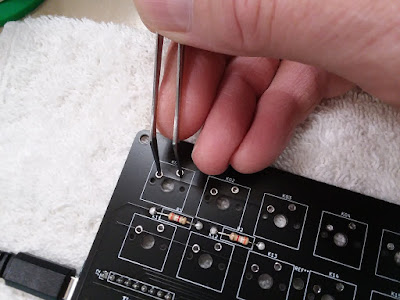 Now it's good to set the protocol switch to NKRO, plug in the microcontroller and short each of the key switches to see if the right characters come out on the screen. 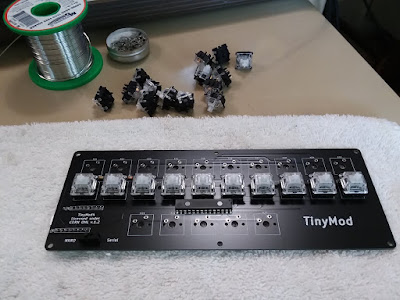 Once we know things are working so far, we start inserting the key switches, then solder them in. You can see the port expander here too. It's sitting between two rows of switches. 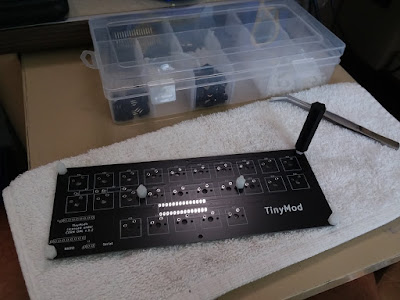 The bottom plate of the keyboard is just another bare PCB with spacers. That's a nut driver for 4-40 machine screws in the upper right corner. I 3D printed it. 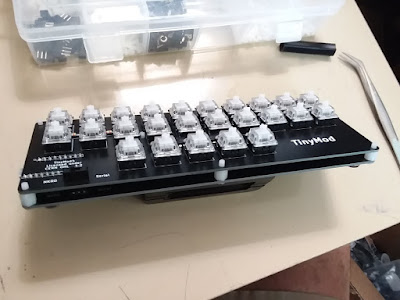 Join the two halves like this, then bolt them together with the 4-40 nuts. 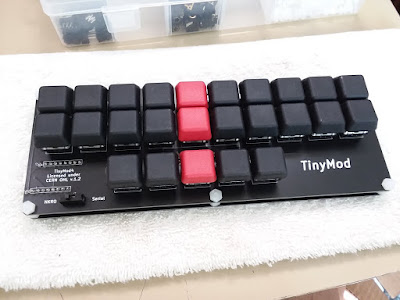 The final product looks like this after inserting the keycaps. I feel as though this is pretty close to being a final version. We'll see about that.

How to Buy a TinyMod

It's been pointed out to me that I didn't say anywhere on the main page just how to go about ordering a TinyMod. This post is a temp...